9020
Admin
posted on 2 months ago — updated on 2 months ago
65
views
Ree Drummond shared throwback photos from her wedding to Ladd Drummond to honor their 25th wedding anniversary. The Food Network star called the journey a "wild adventure."

Ree Drummond shared throwback photos from her wedding to Ladd Drummond on the couple's 25th anniversary.

The 52-year-old Food Network star also included more recent shots of the couple and a shot of Ladd that Ree claimed has "really kept [her] going all these years."

"Twenty five years ago, Ladd and I got married. It’s been a wild adventure, and we’ve experienced the joys, pains, ups, downs, triumphs, sadnesses, and unexpected twists and turns. (And kids! [emoji])," Ree captioned the set of photos.

"That whole ‘love’ thing—the love that deepens, expands, and becomes more firmly rooted over time—is definitely there…but if you wanna see what’s really kept me going all these years, just swipe to the last pic," she continued. "Can it really be that simple? Well, some days, yes!" 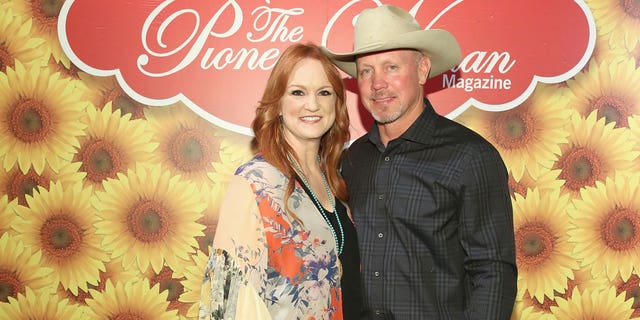 Ree Drummond celebrated her 25th wedding anniversary to husband Ladd Drummond on Instagram. The couple married in September of 1996. (Photo by Monica Schipper/Getty Images for The Pioneer Woman Magazine)

Ree and Ladd met at a bar in her hometown. The two tied the knot in 1996 and share five kids together.

The celebrity chef shared her marriage philosophy before her oldest daughter got married earlier this year.

"There will be times when one of you can’t bring or give as much to the marriage as the other, whether because of illness, fatigue, stress...and during those times, it’s good to think of it as 100/100 so you can fill in each other’s gaps.